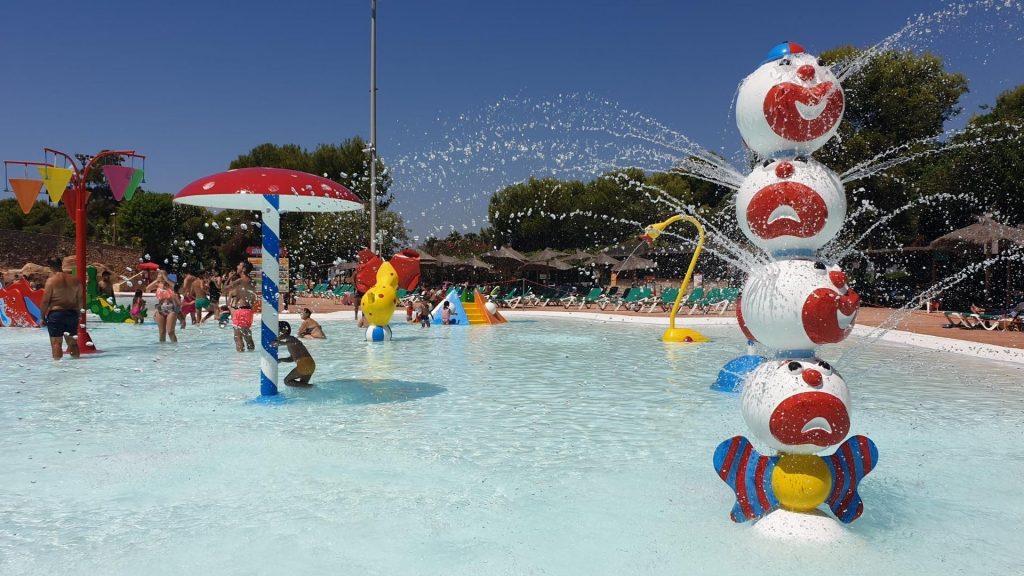 What better way to keep entertained the little ones of the house so that their holidays are as unforgettable as ours, here is a list of parks and activities to do this summer 2021:

On the 3rd of July, Aqualandia welcomes the summer, offering the most refreshing and safe fun.

Its more than 20 attractions, for all tastes and ages, will be at full capacity to make its users smile: Verti-go, the highest slide/capsule in the world; Cyclon, the latest great addition to the park that has already made hundreds of thousands of people scream with excitement; or the most classic attractions such as Pistas Blandas or Black Hole will be on show in all their splendour.

The most emblematic aquatic complex offers more than 150,000 square metres of open air space with a wide range of restaurants and recreational areas, as well as shops.

In order to guarantee the enjoyment of its visitors, Aqualandia has reinforced its security protocol for this season. In addition, all customers will receive, on arrival at the park, a mask holder, to keep the mask when using the different attractions.

The theme and educational park DinoPark Algar, located in beautiful surroundings near Benidorm will surprise you with dozens of life-size robotic, static and sound models. DinoPark Algar also has play areas, a palaeontological playground, 3D Cinema and a botanical cactus garden. Take your family on a fun and knowledgeable ride. Is de ideal place for dinosaur lovers.

DinoPark is a dinosaur theme park, we must say  it is an open air museum and not a water park or amusement park.

There is a Children’s Sea – a pool where children can cool off.

A palaeontological play area where children can discover and identify the skeleton of a dinosaur and we also have another area for traditional games.

THE SKULLS’ CAVE IN BENIDOLEIG

The Skull’s cave  is located on the right bank of the Girona river. The cave is famous for its long history, having been used as a refuge by Palaeolithic man more than 100,000 years ago. From these remote times to the present day, there have been numerous signs of man’s use and passage through the cave. The “ossuary” inside the cave, with the skeletal remains of large mammals and the stone tools used for fleshing them, dates back to Palaeolithic times.

5,000 years ago, the interior bends of the gallery housed Neolithic burials of the valley’s inhabitants. Later, in Ibero-Roman times, the cavity was used as a sanctuary where offerings were deposited, rites generally linked to fertility and the worship of the earth.

At the beginning of the 18th century the cave was considered to be “very large and without having been found out”, and this century saw the first documented expeditions to find out its dimensions. In 1768, after exploring the cave, a group of neighbours found the skeletal remains of 12 people inside, presumably Muslim farmers from the medieval period who were trapped and died while carrying out water collection work. The story was written down by A.J. Cavanilles (around 1795). This discovery gave its name to the cave “Calaveres” and passed as a legend to popular folklore, adding to the legend of Moorish kings, fabulous treasures and princesses.

In 1936 it was used as a storehouse for explosives during the Civil War. The cave has been much visited since the beginning of the century by holidaymakers and people from the village on special dates such as Easter. In the 1960s it was developed and opened to the public as a tourist cave.

Micro sculptures invisible to the human eye, made by Manuel Ussà. In these museums (Micro-Giant Museum and Museum of Microminiatures) you can find such incredible things as The Statue of Liberty inside the eye of a needle. Goya’s Maja Desnuda painted on the wing of a fly, an elephant modelled on the eyes of a mosquito. A camel passing through the eye of a needle, Goya’s Fusillamientos painted on a grain of rice.

VITALPARCENTRE Adventure Park is an ideal destination, located in the town of Parcent, which is surrounded by a typical Mediterranean forest and just 20 minutes from the sea where children can enjoy nature. This park is suitable for everyone: families with children, schools, groups or companies; it also offers a wide range of leisure activities such as horse riding, sports circuits, zip-line, volleyball or water games.

Among the options on offer are the possibility of camping in the park, barbecues and night-time activities.

Terra Natura Benidorm is a zoological park that carries out educational and conservation work in favour of the planet’s biodiversity, through its participation in different international programmes for the reproduction of species in serious danger of extinction. It recreates the habitats of the supercontinent Pangea, as well as the continents of America, Asia and Europe. This spring has started with very good news as they have managed to incorporate a sloth for the first time in their facilities, in order to expand and increase biodiversity.

In this park they pay special attention to working for the physical and emotional wellbeing of the animals both as individuals and as a species by understanding their nature, their care and needs and the threats in their natural environment. The knowledge and closeness to the animals, facilitates the awareness of our visitors, their empathy and positive perception towards living beings and the importance of biodiversity.

If you are interested in visiting the area to enjoy the many outdoor activities, beaches, mountains and many other places to discover, do not hesitate to spend your stay  in one of our fantastic villas for rent in Benissa, Moraira or Calpe. Happy holidays !!!!

Any cookies that may not be particularly necessary for the website to function and is used specifically to collect user personal data via analytics, ads, other embedded contents are termed as non-necessary cookies. It is mandatory to procure user consent prior to running these cookies on your website.