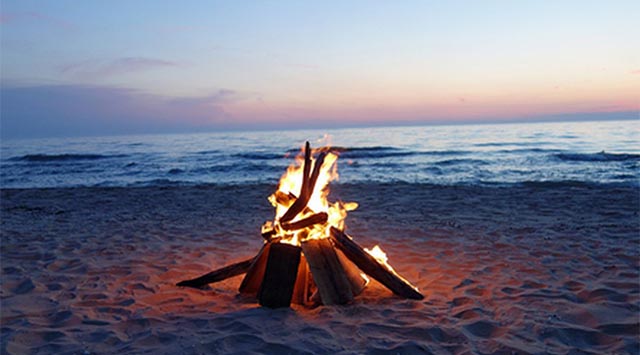 The celebration of the summer solstice, it’s so ancient as humanity itself. It can be said that he started about five a thousand years.

And it is also, and above all, a night of partying, a big party that is celebrated in many parts of Europe, in many parts of Latin America, and of different ways depending on the place of Spanish geography that we choose.

Villas Holidays Costa Blanca will speak a little of the one you know best, the one on the Mediterranean Coast and, more specifically, that of Benissa and the Marina Alta.

It’s a party linked to fire, a fire that celebrates the arrival of summer and whose function was to give more strength to the sun, which at this time has reached its peak.

Because tonight the beaches of Benissa and the region will celebrate the feast of San Juan with thousands of people in the sand preparing the wishes they want to ask in tonight, they will burn what they want him to leave his life and they will throw into the sea what necessary for your wishes to be fulfilled.

Some rituals that you can perform this night:

The night of San Juan is a night perfect to mark the start of new personal goals, which can Begin, at least, with the intention that some rituals of this magical Night help you in the attempt.

Did you know that they say that if you jump the bonfire during this night you ensure protection during all the year? Of course, what varies is the number of times you have to jump … The seven, the magic number, it seems that is the favorite of our area.

But not only fire: Water is also an essential element tonight. Legend has it that To immerse yourself in the sea in the night of San Juan guarantees health for the whole year. As they say, you have to do it twelve times, with your back and looking at the moon. But If you are not too keen to dive completely, do not forget to jump the waves. The number of times varies depending on what you want: if you jump nine waves of backs, increases fertility; and if there are seven waves, you eliminate the energies negative

Finding love, solving problems of health, everything related to work and money … thousands of wishes, each one adapted to the needs of its owners, will float tonight on the beaches and they will burn in the bonfires, making June 23 the most magical night of the year.

So that we are all Taste, relax and enjoy the night every year in the magic palaya, par excellence, Benissa “LA FUSTERA” the festeros of the town take their bars and their stoves to serve us the best dishes in the area as “the puchero ball “the” figatells “sandwiches or sausage in the area. Neither will lack the cocas with all its varieties, all kinds of drinks and music for dance all night to the sound of the waves and the local spirit that contaminates Joy and happiness.

On this night you can give him rein release your senses, live magic, enjoy the party, let yourself be wrapped for the people. It is the night of wishes that come true. And you, have you asked yours?

This website uses cookies to improve your experience while you navigate through the website. Out of these cookies, the cookies that are categorized as necessary are stored on your browser as they are essential for the working of basic functionalities of the website. We also use third-party cookies that help us analyze and understand how you use this website. These cookies will be stored in your browser only with your consent. You also have the option to opt-out of these cookies. But opting out of some of these cookies may have an effect on your browsing experience.
Necessary Always Enabled
Necessary cookies are absolutely essential for the website to function properly. This category only includes cookies that ensures basic functionalities and security features of the website. These cookies do not store any personal information.
Non-necessary
Any cookies that may not be particularly necessary for the website to function and is used specifically to collect user personal data via analytics, ads, other embedded contents are termed as non-necessary cookies. It is mandatory to procure user consent prior to running these cookies on your website.
SAVE & ACCEPT